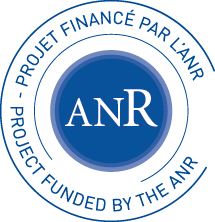 
Enrico Fatighenti, Fano varieties of K3 type and their properties

Fano varieties of K3 type are a special class of Fano varieties, which are usually studied for their link with hyperkaehler geometry, rationality properties, and much more. In this talk, we will recap some recent results, obtained jointly with Bernardara, Manivel, Mongardi, and Tanturri, that focus on the explicit construction of examples and the study of their Hodge-theoretical properties.

Double EPW cubes and double EPW sextics are among few known locally complete families of projective hyperkaehler manifolds. They both arise from the same data: a Lagrangian space in the third exterior power of a six-dimensional space equipped with the natural symplectic form given by wedge product. In this talk we consider relations between these two families. In particular, we compare their period maps and investigate moduli spaces of minimal degree elliptic curves on very general manifolds in both families.
As a consequence, combining our results with known results on double EPW sextics, we prove that a very general double EPW cube is the moduli space of stable objects on the Kuznetsov component of its corresponding Gushel-Mukai fourfolds; this answers a problem posed by Perry, Pertusi and Zhao. We moreover show that the moduli spaces of minimal degree elliptic curves on a very general double EPW sextic and the corresponding double EPW cube are isomorphic curves. This provides further evidence for a conjecture of Nesterov and Oberdieck and raises interesting questions. This is joint work with Grzegorz Kapustka and Giovanni Mongardi.

I will describe the structure of derived categories of smooth Fano fibrations of relative Picard rank 1 with rational geometric fibers over arbitrary bases.

In this talk I will first review the classical geometry of the moduli spaces of semi-stable vector bundles over a smooth complex projective curve. When the rank of the vector bundles and the genus of the curve is two or three, the corresponding moduli spaces can be described by hypersurfaces in projective space introduced by Coble. In the second part I will introduce the notion of very stable bundle due to Drinfeld and explain some conjectures on the locus of non-very stable or wobbly bundles. Finally I will explain some recent work by Pal relating the wobbly locus to non-free minimal rational curves.

Let X be a Gushel-Mukai fourfold and Y be its general hyperplane section, which is a smooth Gushel-Mukai threefold. I realize the minimal model of Fano surface of conics on Y and the base of MRC-fibration of Hilbert scheme of conics on X as Bridgeland moduli spaces of stable objects in the Kuznetsov component of Y and X respectively. As an application, I show that the Kuznetsov component of general GM varieties determines their birational isomorphism class. Then I will outline a systematic way to produce Lagrangian subvariety of a hyperKahler variety if it is constructed as moduli space of stable objects in Kuznetsov components of cubic or Gushel-Mukai fourfolds. As an application, I will produce Lagrangian covering family for double EPW cube, which is six-dimensional HyperKahler variety. The talk is base on a series work joint with Jacovskis Augustinas, Zhiyu Liu, Hanfei Guo and Soheyla Feyzbakhsh.